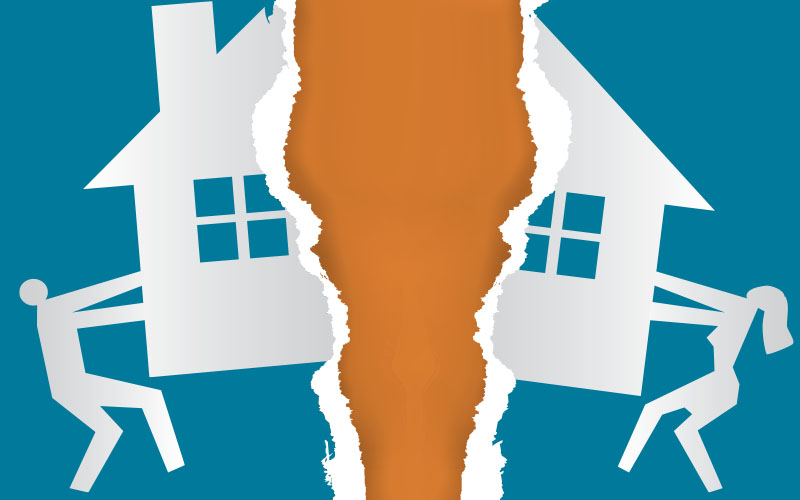 A Guide to Asset Division in a Divorce

In every divorce, what you walk away with in terms of assets and debts will depend on the particular laws in your state. Oklahoma, along with many other states, follows “equitable distribution” rules, which will provide fair, but not always equal, division of property.

When you get a divorce in Oklahoma, you will need to know how to distinguish between the different types of property. Once those distinctions are made, the courts will make decisions about asset division if you haven’t come to a prior agreement with your spouse.

This is property that either spouse owned before the marriage, an inheritance or legal settlement by just one spouse, or a gift given to only one spouse. For example, a computer you bought before marriage is yours alone, as is an expensive watch given to you by your company for years of service. A smart TV you bought after you were married is not considered separate property.

Asset Division in a Divorce

Before marital assets can be divided, they must be valued. Oklahoma assigns a “fair market value” to each marital asset, which is what a seller would be able to receive for that asset on the open market at that time. Once there is a total value of marital assets, the courts then subtract marital debt.

It’s a common myth that property and assets are divided equally in a divorce. In truth, the state of Oklahoma’s laws aim to make it fair, but it won’t necessarily be equal.

When the judge determines the division of assets among divorcing spouses, she’ll consider the following factors:

The courts are limited in the factors they can consider in making these divisions. For example, when making asset decisions, a judge can’t take into account that one spouse paid more for a piece of property than the other or that one has been unfaithful to the other during the marriage.

Divorce is never easy, but it can be simplified.

Provided you can agree on major issues such as child custody, visitation, support, and asset division, you may be eligible for an uncontested divorce, which is quicker and less costly than the alternative. MicroDivorce offers quick, affordable, and easy service for uncontested divorce in Oklahoma. Find out if you qualify.